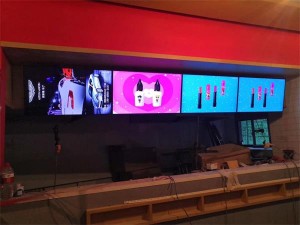 Individually, the reasons for the difference in brightness and color are mainly due to the inherent discreteness of the physical characteristics of the LEDs, that is, due to the manufacturing process, the photoelectric parameters of each LED may not be the same, even in the same batch, the brightness may be 30 %-50% deviation, the wavelength difference generally reaches 5nm.

Because the LED is a self-luminous body. And the luminous intensity is proportional to the current supplied to it within a certain range. Therefore, in the process of circuit design, manufacturing, installation and debugging, the brightness difference can be minimized by reasonably controlling the driving current. Calculate with the average value as the standard value. Should be less than 15%-20%.

The biggest problem faced by LCD splicing products is to present different colors of LCD splicing. Usually when dealing with color difference issues, technicians have to adjust dozens of displays one by one, which not only takes time and effort, but also faces many problems, such as lack of a unified color reference standard, fatigue of visual recognition, and color performance effects of different displays. Different and many other problems. As a result, time and manpower are often exhausted, but the color difference problem of spliced ​​displays still exists.

The wavelength difference between LEDs, the wavelength is a fixed optical parameter, which cannot be changed in the future. Therefore, it can be said that the chromatic aberration is caused by the differences in the photoelectric and physical characteristics between individual LEDs. As long as LEDs with small enough differences are used on the display, the color difference problem can be completely solved.