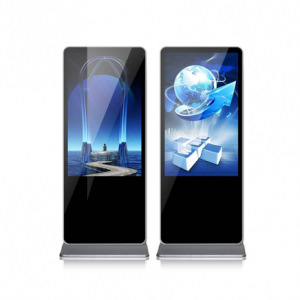 In short, the black screen phenomenon is not only an opportunity for touch screens, but other large display devices (such as LCD screen patches, LCD TVs, computers, advertising players, etc.) will also have the same problem. However, different display devices also have different reasons for the black screen. In the case of a touch multifunctional machine, there are many factors that cause a black screen. For example, wires, driver cards, pressure strips, etc., if one of them has a problem, a black screen will appear. Therefore, this phenomenon cannot be blindly replaced by the user. Instead, check one by one to find out the cause of the failure. This can completely solve the black screen problem.

Another common mistake of the vertical wall-mounted LCD advertising machine is that it is not sensitive to touch. Because it can only perform touch compensation setting tasks. After recalibration, if contact dislocation continues to occur, you must contact the factory for necessary after-sales work. In addition, a good way to read Z is to repeat it. The average daily repetition can reduce the possibility of secondary damage caused by the user disassembling the machine.

The above types are only common touch failures during the use of vertical wall-mounted LCD advertising machines. For touch query all-in-one machines, they belong to electronic devices. Depending on the use environment, different problems may occur. However, most problems can be solved by the user. Moreover, some serious problems need to be solved by the manufacturer. In this way, users can better choose companies with after-sales guarantees when purchasing touch control machines, so as to ensure the normal use of the electrostatic touch all-in-one machine.